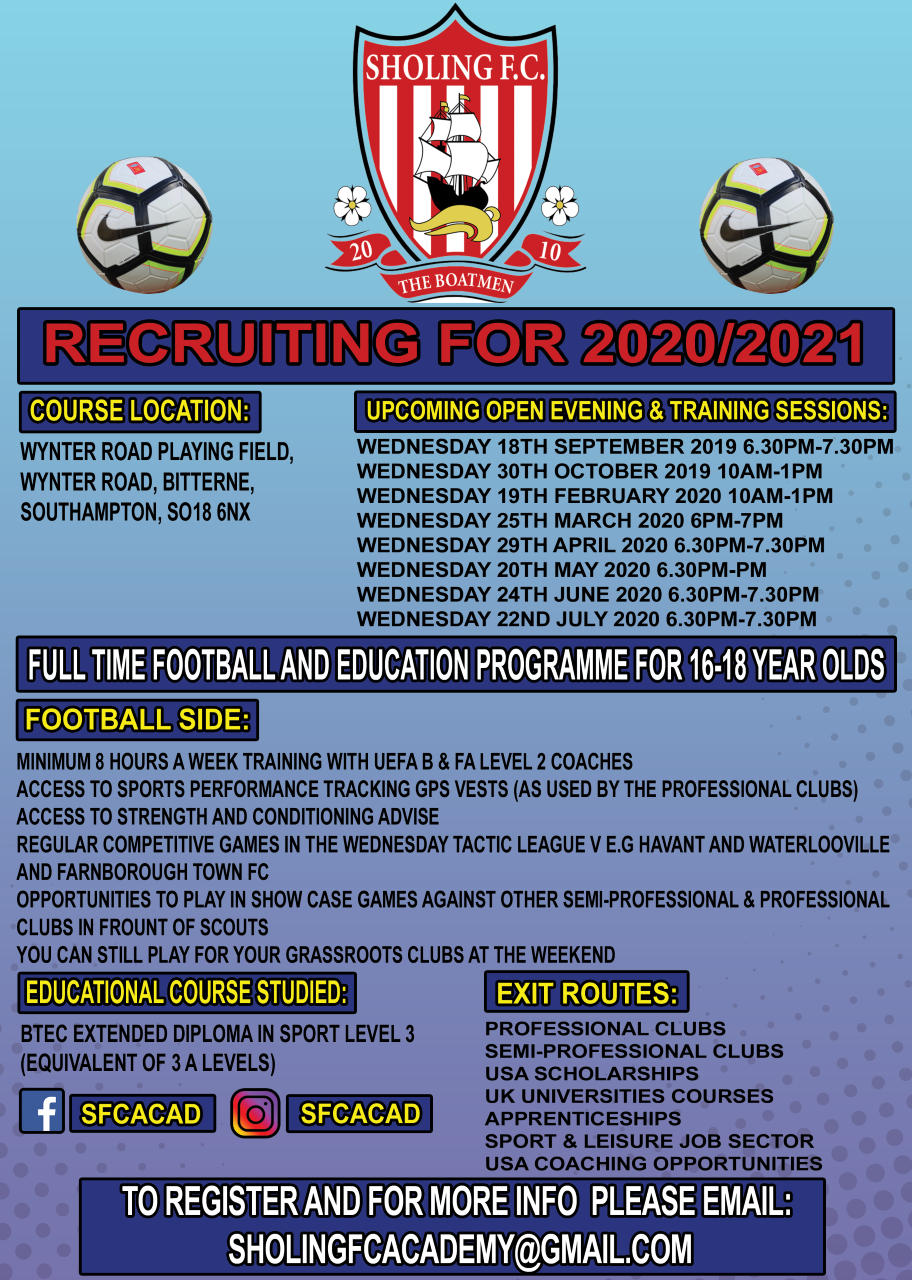 The club is launching a 2-year programme where individuals will have the opportunity to play and train under the umbrella of one of Hampshire's biggest and most successful semi-professional football clubs, whilst working towards a BTEC Level 3 Extended Diploma In Sport (Development, Coaching & Fitness) which is the equivalent of 3 A Levels.

By being part of the Sholing Football Club Academy, there are genuine pathways to play for the first team but with the programme being a college programme held between Monday and Friday, students will still be able to play for their local grassroots sides at the weekend as well.

Individuals who are selected into the Academy will receive up to 10 hours of coaching from highly qualified FA Level 3 and Level 2, experienced football professional coaches.

The Education and Football Training side of the programme will based from Wynter Road Playing Field, Bitterne and friendly and league home games will be played at Sholing Football Clubs home ground, The Universal Stadium.

Matt Beckingham, Sholing Football Club Academy Manager, said “we are delighted to now be linking up with Sholing Football Club and coming under their umbrella.  Since September 2018 we have been running a pilot scheme which has proved very successful and popular and now joining with Sholing Football Club from September 2019 we are very confident that the Academy will go from strength to strength.  We will now be able to offer all players a clear pathway into a very successful semi professional first team but also offer coaching opportunities to those looking to pursue a career in coaching as well, so in essence we feel confident we can offer the best of both worlds.”

Gerry Roberts, Sholing Football Club Chairman, had said “the club is very happy this has finally materialised as a lot of hard work has gone into making this a reality, this really is a great opportunity for our players to further their playing career but also a possible coaching career as well.”

Sholing FC will be introducing a Full Time Football and Education Programme Academy in September 2019. This is a unique opportunity for 16-18-year-olds to pursue a 2-year programme.

We will ensure that players are fully prepared for the future. The Academy includes a full-time education package incorporating:

To register your interest in the academy, email Academy Manager, Matt Beckingham : sholingfcacademy@gmail.com or call 02380 328326 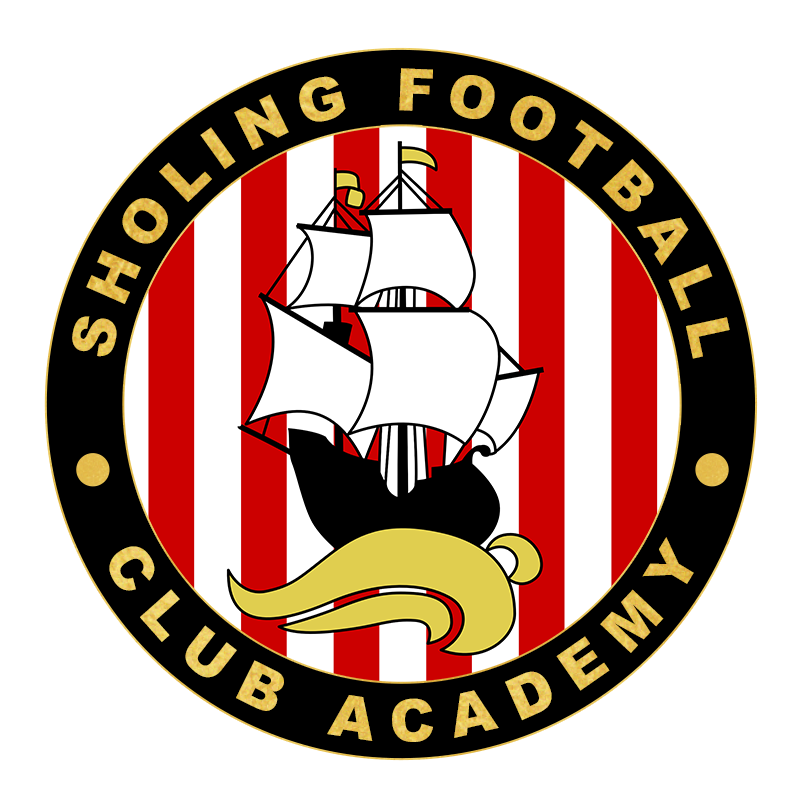