A tribute to our friend, Darren Burdle 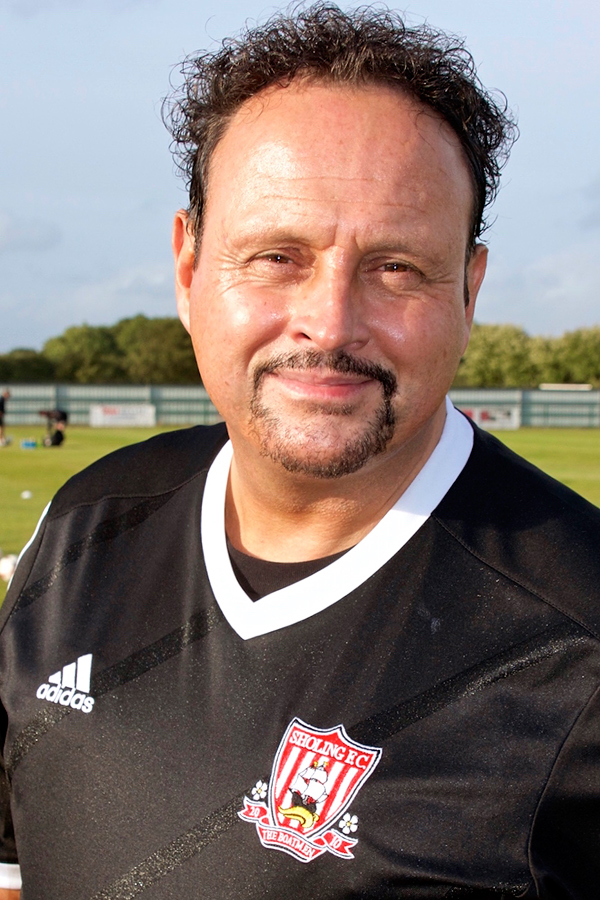 In the relatively short space of time that I knew Darren, He always had a smile on his face that was totally infectious. Darren would put others first and would go out of his way to look after his mates. He absolutely loved his football and the Sholing family and the greater football family will be worse off without him. Gone but never forgotten Birdman - Gerry Roberts, Sholing FC Chairman

Darren was a breath of fresh air and a man of principles who in his short time with Sholing bought into the "Sholing Mindset" of "Being The Best You Can Be." He had high standards and very little patience with those who showed no Drive or Passion for the game. God Bless Dazzer till we meet again in the Dugout above - Dave Diaper, Sholing FC Manager

Bad things happen to good people. I'm glad I had the pleasure of knowing such a good man! You will be missed birdman RIP Mate - Byron Mason, Sholing Captain

My thoughts go to his three children and his mum, Pat. I first met Darren when he went out with my sister and we’ve been near best mates ever since. If I said I spoke to him every day and saw him four or five times a week, it would be no exaggeration. Football-wise, he was with Matt and me at Follands, Hamble Club, Winchester and Lymington and we were together at Sholing for 18 months.

We all went to Las Vegas this year for his 50th and my brother’s 40th. Darren hadn't travelled that much, but recently he'd been to Tenerife, Las Vegas and New York, so he'd really lived a life this year. No one’s got a bad word to say about Darren. He put such hard work and effort into Sholing and local clubs were forever tapping him up to join them. It’s a big loss when someone you saw and spoke to so often is suddenly out of your life - Stu Hussey

We had gone through so much over the years. He was one of the nicest guys I knew, would make time for anyone. He was a true gent. He was an inspiration and someone to look up too! RIP Darren – You will never be forgotten xx - Ryan Gosney

Darren was a fantastic coach with an enormous bubbly personality and enthusiasm which he always ensured was passed onto every player. One memory which will always live with me was when Darren managed and coached our Adult Pan Disability Players at St Marys earlier in the year. He was fantastic, the players loved every moment and they pulled out all the stops to impress Darren and I know Darren too thoroughly enjoyed that day. RIP Darren - Carly Kinsey, Sholing Youth & Pan Disability

Daz was a pleasure to work with. His positivity, professionalism and dedication was infectious. He even stored the match balls in his house to keep them warm, ready for match days. Another one of footballs good guys taken far too soon. Love and thoughts with his friends and family. RIP buddy. We'll miss you - Marc Diaper

I first met Darren back in 1992 when he was playing for Blackfield & Langley, he was passionate and honest as a player back then something that stayed with him throughout his career both as a player and a coach. Darren was so infectious that everything he did rubbed off on to everyone around him. When Darren joined Sholing FC last season it was like a breath of fresh air to the club and I was amazed to hear players saying they had actually enjoyed pre-season training. Darren was a fantastic coach who inspired all and filled everyone with his enthusiasm and this shone through when he helped at the start of the Sholing Pan Disability side, I know he was disappointed he couldn't spend more time being their coach but followed their progression weekly. RIP Darren you will be such a big void to fill within local football - Greg Dickson, Sholing Secretary

Darren Burdle was a credit to Follands, and integral part of the success it enjoyed. Darren will be sadly missed by so many. RIP Birdman - Folland Sports FC

Darren was an amazing person, a true gentleman and one of the kindest, nicest people you could meet. He was the inspiration that made you want to carry on. He was so energetic and brought such great professionalism to Follands. His coaching was first class. He got on with everyone and would find time for everyone. Darren was such a lovely man - Danny Bowers

The Wessex League, like everyone else, was shocked and saddened at the sudden passing of Darren Burdle. Our Chairman, Ian Hoare, knew him well from their days at Blackfield and his thoughts and sympathy and those of the League go to his family and friends - John Gorman, Wessex League Secretary

We are shocked & saddened to hear of the passing of our former coach Darren Burdle. Thoughts are with his family - Winchester City FC

Words can't express how saddened we are to hear this news. Thoughts are with Darren's family & friends. RIP Birdman - Blackfield & Langley FC

Shocked and saddened to hear the terrible news about Dazza. A genuine, honest guy who will be sorely missed by lots of people. Something that sums him up completely for me was when last season, we were a bit light on numbers - he contacted me and offered to "give me a hand on matchdays whenever Sholing didn't have a game if I felt that would help" R.I.P Dazza - Pat McManus, Brockenhurst FC

The nicest man. Just won't sink in he's gone. Feeling very sad for the family and his kids - Barry Mason

Heard this news this morning & it still doesn't seem real. Wish I'd joined you last year in Tenerife now. JF & I are going to miss you mate. Who's gonna cut the oranges now?? Much too soon. RIP Birdman - Mark Croucher

Absolutely gutted to hear this news, was a good football player but even better friend. Sad day for everyone who knew Dazpack - James Cosier

Lost for words and feeling completely numb. A true gentleman who's enthusiasm and energy was nothing but infectious. His stupid hair and sound effects will be sorely missed. A complete legend to all and complimented by such amazing children. The Football family is being tested to its maximum at the moment. But you'll find no other family/community like it. Love the Perm Daz Man - Ben Kneller

Shocked at the sad news. Will miss you at ground Dazzler, thoughts are with your family - Dave Bell

Shocking news, RIP Daz a very good friend and someone who will be greatly missed by his family and friends. My thoughts are with his family now - Terry Miller

Shocked and very sad to have heard this earlier today, Dazza was an absolute pleasure to have known, played football and socialised with and he will be dearly missed. Thoughts are with his family at this time - Vincent Reeves

RIP Darren!! Played with you and against you a few times and your a true footballing legend!!! Put me on my bum in them games a few times too. My thoughts are with your family - Junior Edwards

Such a shock and truly heartbreaking. Such a lovely guy who was always so big on life. RIP Dazza, you will be missed by so many - Vanessa Garner

Such an amazing man. Never have I ever met such an kind caring bloke like him before he will never be forgotten - Bradley Flooks

R.I.P Darren, a true and honourable friend to all who knew him ,our thoughts go out to all his family and friends - Angela Flooks

Every now and again you come across someone in life who is genuine and will do anything for anybody without expecting something in return other than a little respect. Darren was clearly one of these characters. I only knew Darren for a couple of years, but in that short space of time he demonstrated to me his dedication to a game he obviously loved and his preparation and organisation of his training sessions and pre-match warm-ups was second to none. As well as being meticulous in everything he did, he did it with a smile on his face and with compassion and humour. He was certainly one in a million and I am glad to have known him as a colleague and friend, albeit for a short time. Darren will be sorely missed by so many people whose lives he touched & my thoughts are with his family and closest friends at this sad and difficult time. I'm sure he is already organising things on the training pitch upstairs. RIP Darren - Kevin Harnett

I just wanted to offer our sincere condolences on behalf of everyone at Lymington Town both individually and as a club to yourselves and to Darren's family on this very sad news. He was a great guy all round and was a big part of our club during his stay with us. We will obviously hold a minutes silence at our next home game - Barry Torah, Secretary, Lymington Town

Very sad to hear about the sudden death of Darren Burdle. On behalf of Team Solent football club, please pass our condolences to everyone connected with Sholing Football Club and in particular, we would be very grateful, if you could convey this message to his family. His brother Colin, played for me in rep football many years ago, my thoughts will be with him - Bill Moore, Chairman, Team Solent FC

From all Management, Coaches, Parents and Players we would like to pass on wishes to Darren Family and Friends in this difficult time. A highly respected person in the football world and with all the tributes that have come in from the football community you can see what Darren meant to people - Sholing U14's

What a guy. Forgetting the football, he was 'one of them' guys who would always stop and chat, would help someone out if he could and make you smile. A massive loss to everyone associated to him. They must be needing reinforcements again upstairs - Steven Michael

If you wish to add a tribute or a photograph of Darren, please email: admin@sholingfc.com