Football activities will restart in April at the Mackoy Stadium, but all games will be behind closed doors until futher notice.

Youth teams & Soccer Schools are restricted to one parent/guardian per player on site for games & training.

Everyone at Sholing FC is devastated to learn that club photographer and long time supporter, Ray Routledge, has passed away. Ray brilliantly captured our matches & many other club occasions over the past 15 years. His photos are treasured by so many players and fans and were vitally important in helping to raise the profile of the club in the media as we rose through the leagues.  RIP Ray - More here in the News section

The Football Association has issued guidance today (24 March) for the restart of Grassroots football from the 29th March.  In summary, no spectators are allowed to watch games until authorised by the Government.  Only one parent/guardian per child is allowed at Youth games & training. Use of the changing rooms and clubhouses are not allowed (apart from toilets).   Step 3 from possibly the 17th May could allow spectators back into games & the full opening of clubhouses, but by then, the season will be over.   Full Guidance Here.

Youth Team, U18 & U23 games will restart at the Mackoy Stadium in April, but as the above, they will be behind closed doors. Would everyone involved please refamiliarise yourself with the Covid Risk Assessments, Declaration forms and FA Guidance by clicking here

Statement from Dave Diaper : I am pleased to announce the appointment of Byron Mason as Sholing assistant manager. Byron fills the position vacated by Iain Calder who is now the Manager of Totton & Eling. I'd like to put on record our thanks to Iain for his years of service to the Boatmen & wish him all the best in his new role. Byron will join myself and Marc with the joint ambition of leading Sholing to promotion. Also officially joining the first team coaching staff is former player Jack Smith. We look forward to getting back to playing & having your support. Up the Boatmen

The Boatmen's historic run in the FA Cup came to an end at the hands of the National League leaders.  Sholing matched Torquay for long periods, created some decent chances, but were dealt a cruel blow on the stroke of half time when the linesman gave a soft penalty, which was scored.  Boatmen continued to play well in atrocious conditions in the 2nd half, but a defensive mistake on 75 mins handed Torquay the killer second. A minute later, Dan Mason's powerful header appeared to be blocked on the line with the help of a hand, but nothing was given. Sholing can be very proud of their performance and if we had a bit more luck, it might have been a different result - Match Report & Photos

Boatmen won and retained the Russell Cotes Cup, lifting silverware in October for what must be the first time.  Dan Mason got the only goal, knocking in a corner at the far post in a keenly fought game.  Sholing had the better of the chances, with Dan Miller heading against the bar and the Lymo keeper pulling off good saves to deny Byron, D-Dan & Sawyer.  Lymington had more pressure in the second half, working some good shooting chances, but majority of their final efforts were off target, although they did hit the outside of the post very late on - Match Report 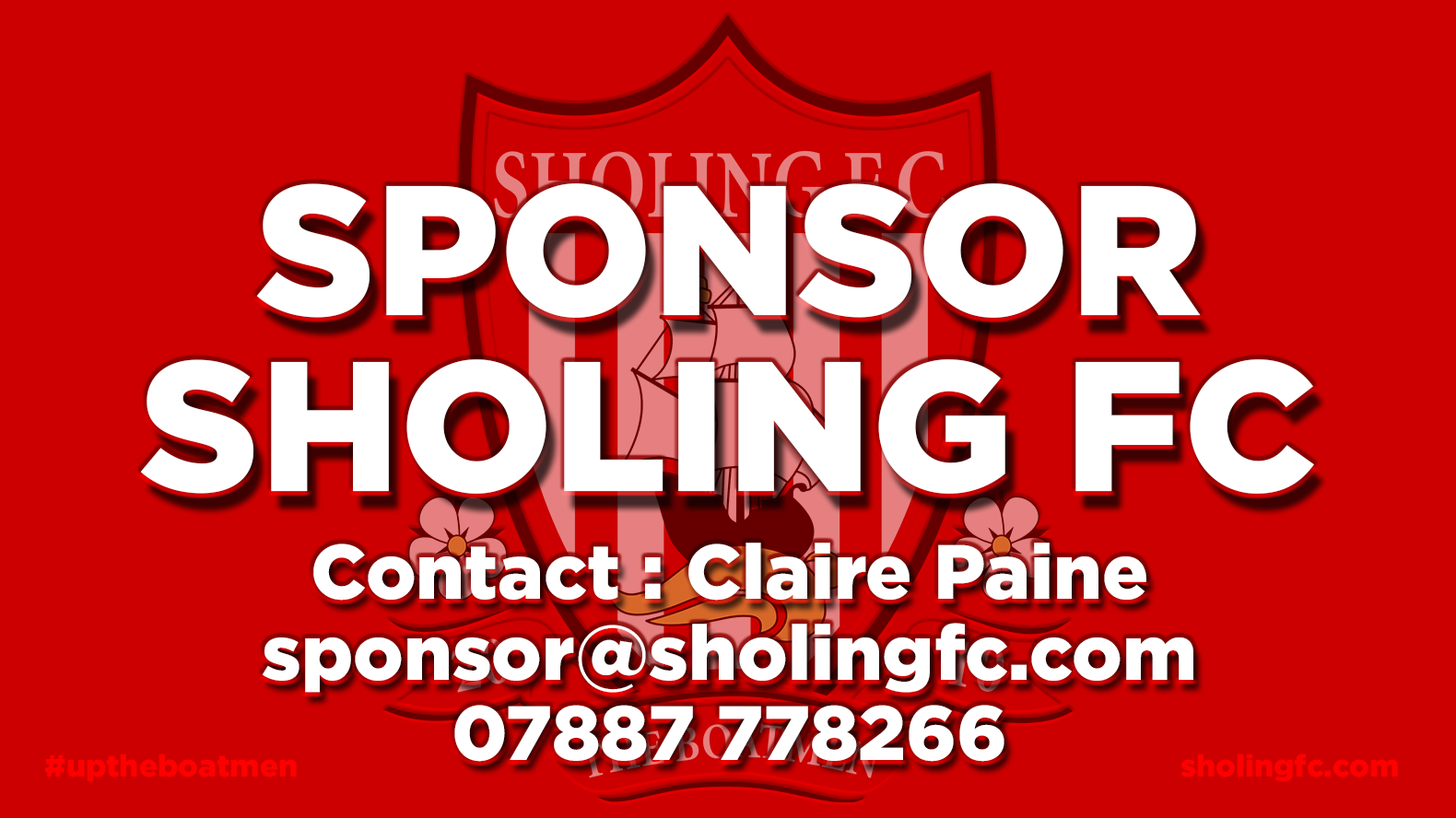